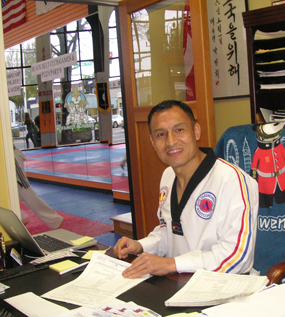 When my students begin their taekwondo training, I like to see every one of them become better in their lives; better than Instructors, better than Masters, and better than me.

Chief Master Diwakar “Dan” Maharjan started his training in Nepal in 1982. He is a national coach in Nepal and the United States. He has developed national, international, and official Asian world Taekwondo champions and has taught the Royal Nepal Army Tribhuvan Club team. He is Senior Vice President and Referee Chairman of the US World Class Taekwondo Association.